Please extend a warm welcome and mazel tov to the newest Kesher Fellows!

We received a multitude of applications from all across the world. Many thanks to all who applied.
We appreciate the time and efforts of our selection committee, who had a very difficult task to complete. We are blessed to have so many incredible young leaders in Jewish Renewal.

The Kesher Fellowship is generously supported by The Lasko Family Foundation. 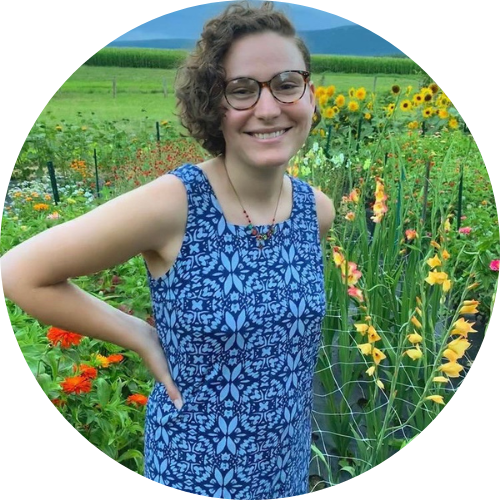 Ali Rice (she/her) is a grant-writer, community connector, volunteer organizer, and matchmaker. She is the Development & Grants Officer at JOIN for Justice, a volunteer member of the Greater Boston Childcare Collective’s planning team, and a union steward. She loves biking & hiking slowly, group singing, dreaming on behalf of others about the love/connection they seek, and reading the same novels as her great aunt. She is honored to participate in the Kesher Fellowship, and hopes to ground her work in Jewish ritual practice and community. 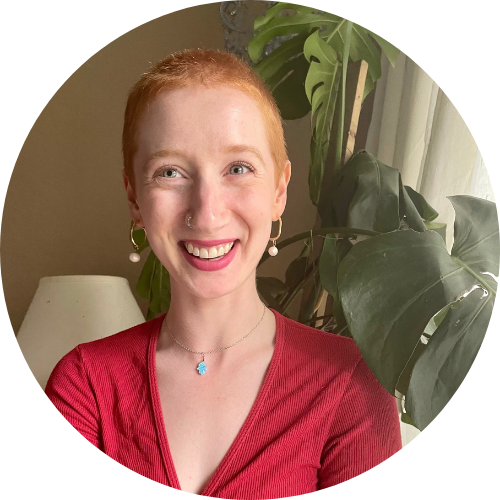 Arielle Opler (she/her) has been on what she describes as a journey of re-wilding her relationship to her Jewish identity and Jewish way of life. She began this reorientation process after completing her 200 yoga teacher training. Arielle’s yogic path opened her up not only to a path of spiritual liberation in a yogic context, but to a deepened connection to her Jewish roots, and a desire to heal the wounds associated with her Jewishness both in this lifetime and within her lineage. Arielle is an artist, ecstatic movement enthusiast, yogi, youth educator but prefers to identify with her true essence, which is highly sensitive, intrinsically empathetic and wondrously human. Arielle thrives when she in connection to others and deeply values creating space for and safety around people’s unique experiences. She is so excited for the opportunity to further her Jewish exploration and build meaningful community in this sacred container. 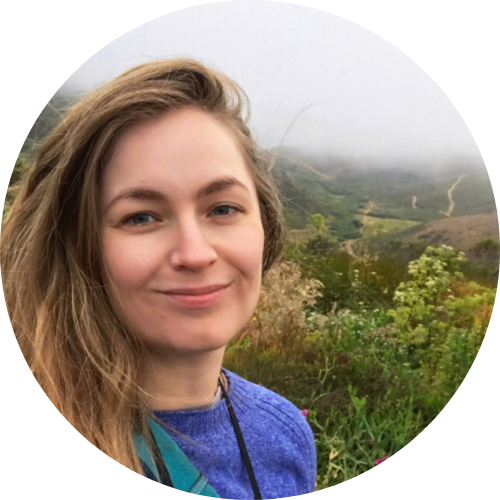 Elle Aviv Newton (she/her/they/them) is a writer, editor, digital designer, activist and nonprofit director based on Lisjan-Ohlone land in Oakland. Newton is Director of Communications & Membership at Kehilla and cofounding director of Poets Reading the News. Their spiritual affiliations include Kehilla, Wilderness Torah, chavurot in L.A. and S.F., vipassana meditation and the wilderness of west Marin. She is passionate about educating people about and advocating for giant sequoia forests, native Tule elk and rewilding efforts in California. Newton has traveled solo to 36 countries so far and lived abroad in about five of them. Offline, she’s usually on a trail, a backpacking trip, a motorbike or a writing retreat. Newton is honored to join the Aleph Kesher Fellowship in 2022. She carries here the intention of creating more pathways for connection between climate activism, social justice and Jewish spiritual insight in her leadership work. 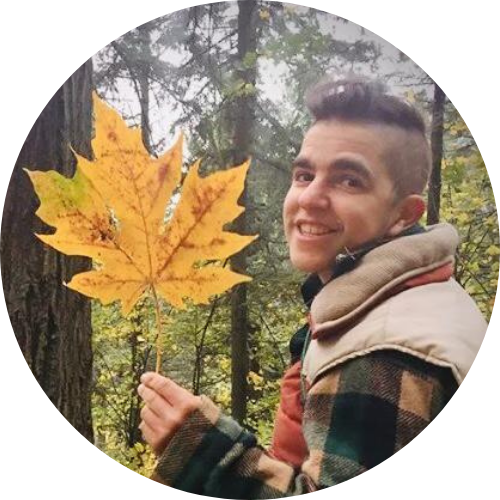 elliot moonstone (they/them) (Cherokee Land, Blue Ridge Mountains) is a queer fibers artist, dream weaver and fire tender. Through a growing courtship practice with Jewish magic and the Sacred Elementals, elliot creates crystal grids upon the Earth, sings songs to constellations of ancestor trees in the forests and offers rose petals to the ancient water ways. elliot studies with Kohenet and other earth based Jewish communities, remembering, awakening and amplifying intuitive wisdoms. elliot is excited to learn and grow along side Kesher Fellowship cohort. 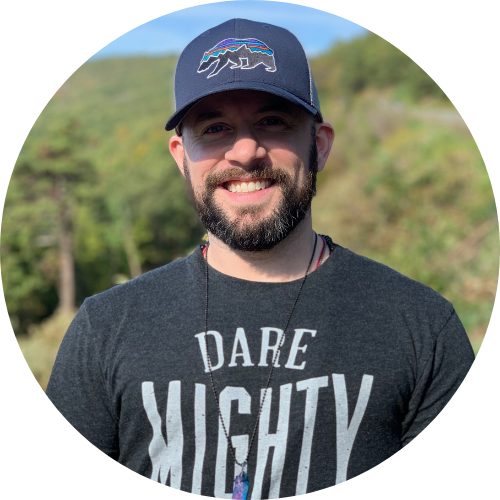 Ethan Stern (he/him) is a husband, a father and a whimsical soul interested in learning and connecting to the magical aspects of Judaism. He can be found searching for crystals in nature and trying to find his way back to his ancestors as teachers. Some of his areas of study focus on tuning into the Hebrew Calendar and re-establishing connection with the moon and stars as a way to remain grounded. He is passionate about deconstructing Judaism and studying the texts from a queer lens as a way to divest from heteropatriarchy. He is looking forward to connection in community!

Ian Sam Schiffer (he/him) is an organizer, resource mobilizer, and ritual leader born and raised in Tovaangar/LA. Through his role as Community Weaver with Nefesh, an open-hearted spiritual community, he supports bridge-building, and inner-outer multi-faith Tikkun. Ian works with boys and men in building nurturance culture and is honored to be connected to the Tongva Tahrahat Paxaavxa conservancy supporting. He’s interested in offering spiritual, radical real estate, and ancestral support to settlers interested in being good guests/kuuyam through land transfer/teshuvah. Ian is a life-long Dalai Lama Fellow, loves ritual walks at the beach, and spacious time with kin. 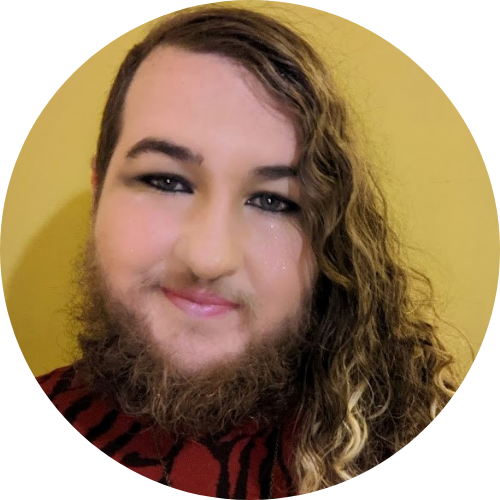 Jaime Starr (they/them) is a disabled, trans, queer Irish poet, sensitivity reader, historian and death doula in training. They are dedicated to building spaces and ritual for Jews on the margins. To this end, they have constructed Tashlich rituals for trauma survivors, rewritten the Asher Yatzar prayer for disabled bodies, written for Hey Alma and run workshops for Moishe House advocating for deeper disabled inclusion in Jewish spaces, and consulted on linguistic accessibility for the Inclusive Siddur project. They currently live in Manchester England and provide Jewish community education workshops to those who ask, most recently on alternative ways to incorporate Shmita into modern urban life. When not doing Jewish organising, Jaime can most often be found writing poetry with the Queer Bodies Poetry Collective or out in the woods doing hitbodedut with their dog Bella Ciao. 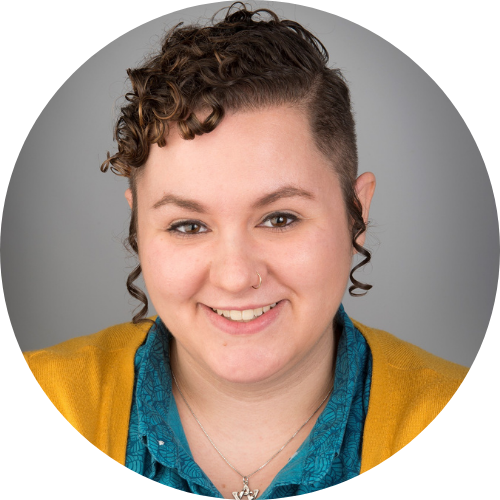 Kat Macías (they/them) is a fat queer and genderqueer Puerto Rican and Cuban Jew-by-Choice who has been involved in movements for liberation since 2011. Kat began organizing in college fighting for the safety of trans students and ultimately winning the addition of “gender identity” to the Non-Discrimination Anti-Harassment policy at the University of Georgia. They are an alumn of the Jewish Organizing Fellowship and have worked in the Jewish social justice field for the past 7 years at organizations like Keshet, Avodah, and Jewish Youth for Community Action. Kat believes that the core of liberation work is vulnerability, trust, radical hope, and ultimately spiritual transformation. They come from a long lineage of spiritual seekers and leaders who have moved through Taino, Afro-Caribbean, Catholic, Pentecostal, and Mormon religion, practice, and traditions. Following in this legacy, Kat converted to Judaism and has played an important part in shaping Jewish communities. Kat holds a M.Ed. in Social Justice Education and is trained as a Movement Chaplain and Spiritual Director. Kat’s heart sings when they dance while cooking in kitchens, have long porch talks with queer Southern Jews and when they are swept away in songs share through Let My People Sing. 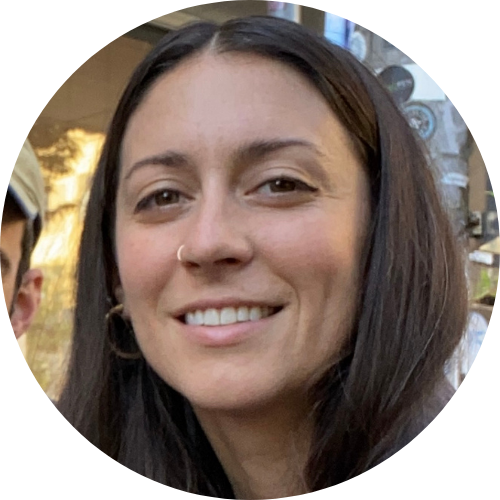 Keely Angel (she/her) grew up without religion but has always searched for a greater meaning in life. She has spent the last decade teaching yoga and meditation and is committed to making the wellness industry equitable and accessible. Keely has found deep fulfillment while offering trauma sensitive mindfulness practices through organizations such as The Lineage Project, Connected Warriors, and in hospice. In addition to wellness offerings, Keely is a musician who leads community song circles in religious and secular contexts. She is a multidisciplinary artist in mediums ranging from fiber (naturally dyed textiles) to digital design, collage and painting. Keely is a mother to a 4-year old incredible human, Jaya, who inspires her to explore, play, face adversity and leave the world better than she found it. She cherishes the opportunity afforded by the ALEPH Kesher Fellowship to dive deeper into her own spiritual lineage and grow in community. 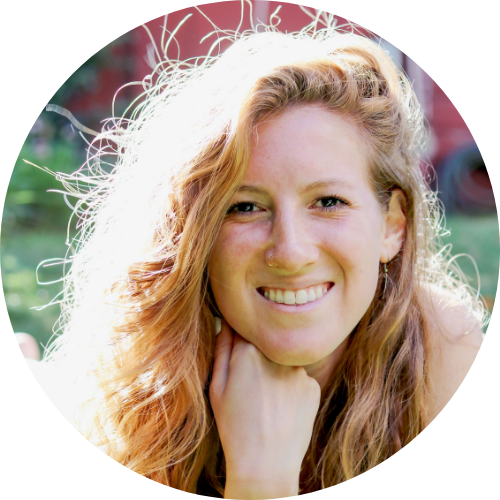 Kyla Sokoll-Ward (she/her) currently works as the new director of the community mikveh at the American Jewish University in Los Angeles, CA, where she is grateful to facilitate and witness moments of transformation in the lives of those who immerse in sacred waters. Judaism and spiritual expression run deep in Kyla’s bones, and she finds holiness in the uncomfortable, the ugly, the delightful, and the ecstatic in all that life will inevitably offer us. You can usually find her in deep conversations, crying happy tears over a really cute dog or really juicy fig, or moving energy through her body through shaking and dancing. 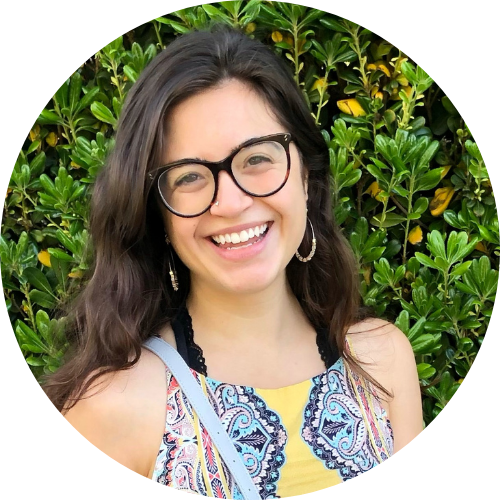 Leenie Baker (she/her) is a queer educator and artist motivated by curiosity, community, and collaboration. Her background emphasizes a values-based approach to pluralistic Judaism. She currently works as the Wellness Director at USC Hillel, in which role she inventories students’ wellness needs and supports programming and experiences to help students create holistic balance in their lives. She also builds community partnerships with campus offices and off-campus organizations committed to health promotion strategies, often from Jewish perspectives. 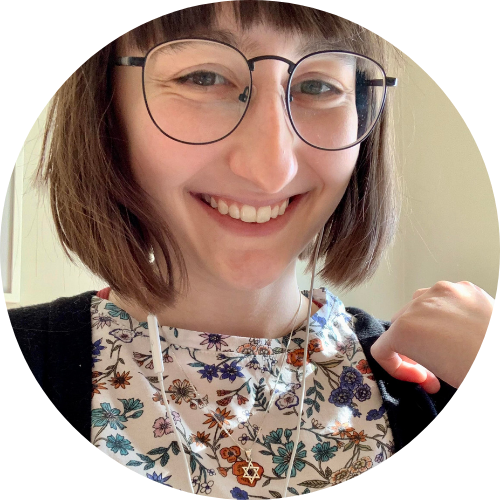 Liz Jones (she/her) is the Senior Corporate Account Manager at Cara Chicago, a social enterprise that supports people experiencing poverty with finding quality employment and navigating capitalism. She is a proud Avodah alum and serves on Avodah’s Advisory Committee, as well as organizes with the Jewish Council on Urban Affairs (JCUA) around immigration, housing, and economic justice. Liz is a current student in the Me’ah adult education program through Hebrew College and recently earned a Certificate in Jewish Ethics from the Jewish Theological Seminary (JTS). Originally from Cleveland, Liz attended Yale University where she studied cognitive science with a focus on reward processing. After moving to Chicago, she became involved with an overlapping web of beautiful, justiceful, queer Jewish communities. She is overjoyed to be deepening her exploration of Jewishness and Jewish practice through the Kesher Fellowship. Liz lives with her partner and their two cats. 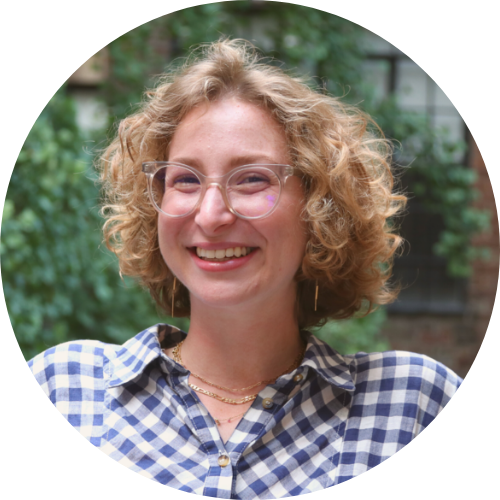 Mel Friedel (she/her) recently found herself unexpectedly falling in love with Jewish learning as the Experiential Education Fellow at the NYU Bronfman Center. Since discovering where Jewish tradition and her own unique spiritual identity align, she has been seeking out more platforms to connect Jewishly and taking every opportunity to find the Divine in the mundane and the holiness in time. Outside of her seeking and her work as a campus educator, Mel loves bringing new and radical Torah to her friends, writing and reading poetry, practicing permaculture, reflecting by the East River near her home in Williamsburg, maintaining her amateur ukulele player status, and engaging in her favorite hobby and spiritual practice: laughter. She is excited to have time for expansion of soul and community as she continues to discern what’s next in her Jewish journey on this scary, tiny, magical place called Earth. 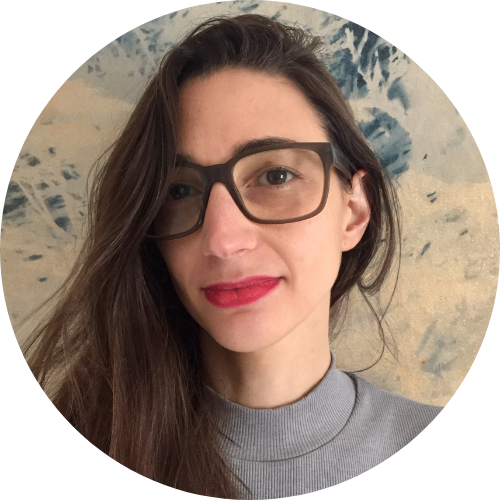