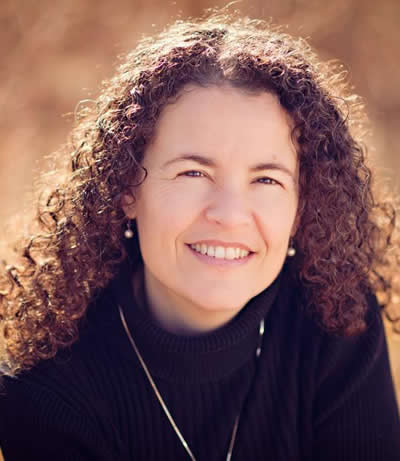 Rabbi Aura Ahuvia serves at Shir Tikvah, a Reform/Renewal congregation in Troy, Michigan. Ordained as Rabbi and Mashpiah by ALEPH in 2014, she also holds master’s degrees from the University of Michigan in journalism (1996) and Judaic Studies (2006). She co-founded the Ann Arbor Reconstructionist Havurah in 1993, and in 2014 was selected for CLI, which offers business skills to innovation-minded spiritual leaders. 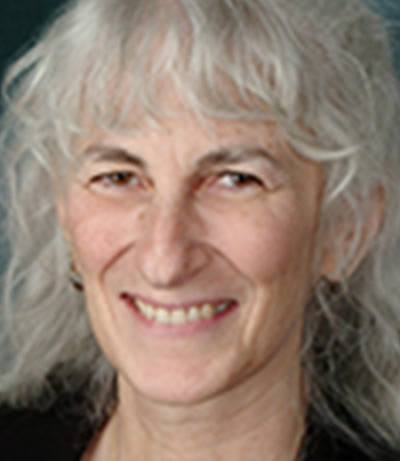 Linda Jo Doctor brings over 30 years of experience in leadership roles working in non profit, academic and government sectors. She currently serves as a Program Officer for the W. K. Kellogg Foundation and provides guidance for investments supporting sustainable and equitable food systems and public health efforts. She brings specific skills in organizational development, management, leadership development, and working cross multiple sectors and disciplines. She lives in Ann Arbor, Michigan with her husband, Rabbi Elliot Ginsburg and famous cat Simon who loves studying Zohar with his best bud. Linda is the proud step mother to three amazing young adults, and “safta” to two gorgeous grandchildren. She is a member of Pardes Hannah, a Jewish Renewal Community affiliated with ALEPH. 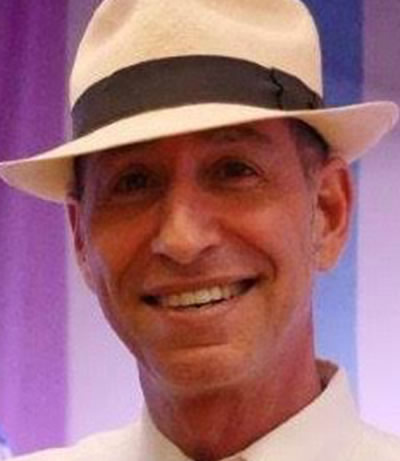 Neil Markowitz is the founder and Executive Director of the Environmental Education Exchange (E3), a nonprofit 501(c)(3) organization based in Tucson, Arizona since 1991. E3 has developed a wide variety of environmental education programs and materials for agencies and organizations through the US and Internationally. With an undergraduate degree from Rutgers University and a Masters of Science from the University of Michigan, Neil has successfully taught graduate-level coursework and managed educational projects for a wide range of agencies and organizations. For two years, in the mid-1980’s, he lived in Australia while on the faculty at Deakin University, in the College of Education. Neil has been actively involved in the Jewish Renewal world since the 1990’s, studying with a wide selection of Renewal teachers. Neil lives in Tucson with his partner of 24 years, Ilana, a practicing psychotherapist, and together they have two children; Zakkai, currently enrolled at Haverford College, and Aliya still attending high school. 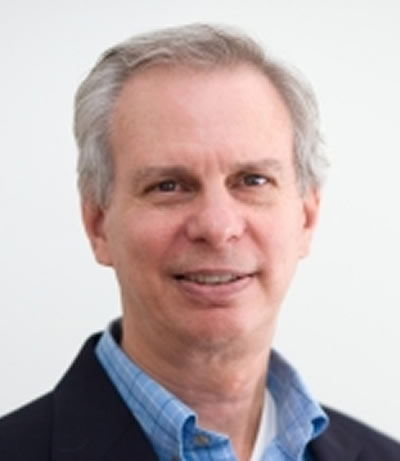 Charles Silverstein PhD is dedicated to pursuing his deep interest in personal transformation, alternative healing, depth psychology and the relationship between science and spirituality. He holds an MA degree in Conscious Evolution from The Graduate Institute, Bethany, CT, and a PhD in Transformative Studies from the California Institute of Integral Studies. He is a certified Nondual Kabbalistic Healer, a certified Sage-ing ® Mentor (Yerusha), has attended many Jewish silent retreats beginning at the old Elat Chayyim and most recently Ecstatic Meditation and SOULIFT with Rabbi Shefa Gold. He retired as Executive Vice President of The Graduate Institute (Bethany, CT), where he was also the Academic Director of the Master of Arts program in Consciousness Studies and Transpersonal Psychology. He also serves on the boards of Congregation P’nai Or of West Hartford as Treasurer, and is a member of the board and treasurer of the Society for Consciousness Studies. Charles’ first career was as an educator in the fields of science and math, and his second career was as an institutional fixed income portfolio manager, holding the Chartered Financial Analyst credential. 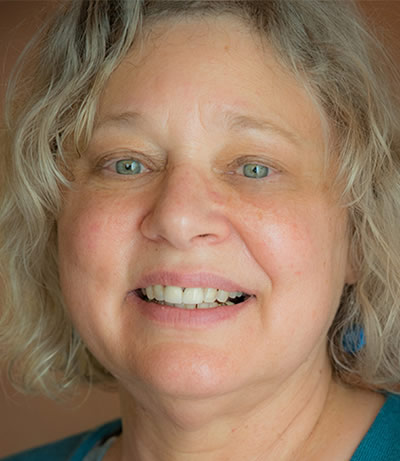 Rabbi Anne Brener , LCSW is Professor of Ritual and Human Development at the Academy for Jewish Religion, California, where she trains rabbinical, cantorial and chaplaincy students. A Spiritual Director, Psychotherapist, Meditation Teacher, and Author, she specialized in grief, healing and spirituality and assists institutions in creating communities grounded in compassion. Rabbi Brener was ordained by Hebrew Union College-Jewish Institute of Jewish Religion in 2008. Her writing appears in many anthologies on Jewish spirituality and healing and she has been frequent contributor to the Los Angeles Jewish Journal. Her acclaimed book, Mourning & Mitzvah: Walking the Mourners’ Path through Grief to Healing, is in its expanded third edition. A founder of one of California’s first shelters for victims of Domestic Violence, she has worked as a Hospice Chaplain and co-founded the Morei Derekh Jewish Spiritual Direction Training Program. She has served on the ALEPH Board since January, 2018. 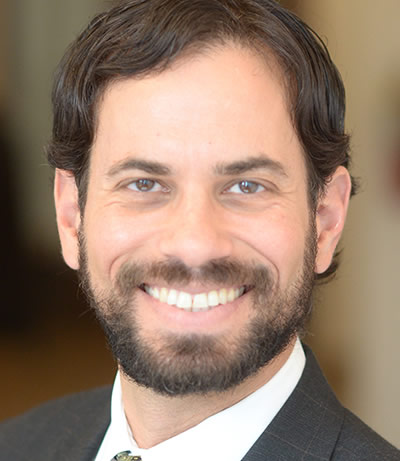 Douglas Chermak lives and works in Oakland, CA. He graduated in 2004 from Berkeley Law and is currently a partner with Lozeau Drury LLP, a plaintiff’s side environmental law firm. Since 2007, he has practiced environmental law, with a focus on water quality and the Clean Water Act throughout California. From 2004 through 2012, Doug served as the Law Program Director for the Center for Contemplative Mind in Society, working to integrate meditation and contemplative practices with the legal profession. In October 2010, he organized “The Mindful Lawyer” conference at UC Berkeley School of Law, the first national conference on the subject of law and meditation. He continues to lead and teach at mindfulness programs for legal professions. 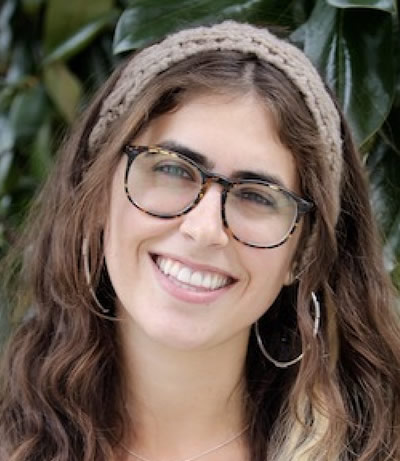 Shani Mink is a seasoned farmer, experiential Jewish educator and the executive director of the Jewish Farmer Network. At the age of 18, Shani began her farming journey while earning her degree in philosophy at St. Mary’s College of Maryland. She has since studied at the Arava Institute, earned her permaculture design certificate at Hava V’Adam, worked as a farmer educator at Eden Village Camp, graduated from the Adamah Fellowship, spent time learning Torah in Jerusalem, and was part of the inaugural cohort of the JOFEE Fellowship and the JOFEE Leaders Institute. Her work with the land has deepened her spiritual path, and the wisdom of the Jewish tradition has lent endless meaning and intention to her work as a farmer. Shani’s desire to share the depth and beauty of the connection between farming and Judaism led her to co-found the Jewish Farmer Network with SJ Seldin in 2017. The cultivation of this network is Shani’s proudest accomplishment to date. 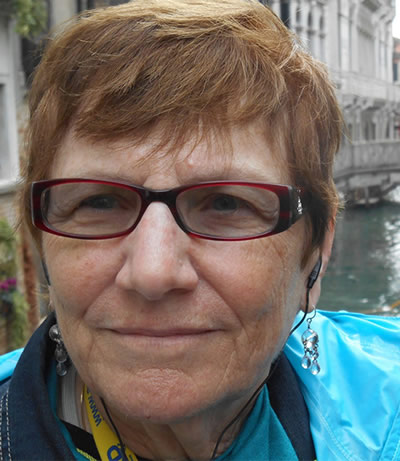 Maggida Susan Raskin Abrams is a retired Children’s Librarian. She was supervisor of Children’s Services for the Newton Free Library (MA) for 25 years. At Newton, she was a manager and innovator. She was also a storyteller which led her to study Maggidut with Maggid Yitzhak’s Buxbaum. She received S’micha as a maggid from Yitzhak’s and Reb Zalman z”l. She considers ALEPH Board work as her spiritual path and is happy to be back on having previously served. She has also served on the Steering Committee of Bnai Or of Boston, was president of the New England Library Association and served on many professional boards and committees. She was also elected to serve as a Library Trustee for the Framingham (MA) Public Library. 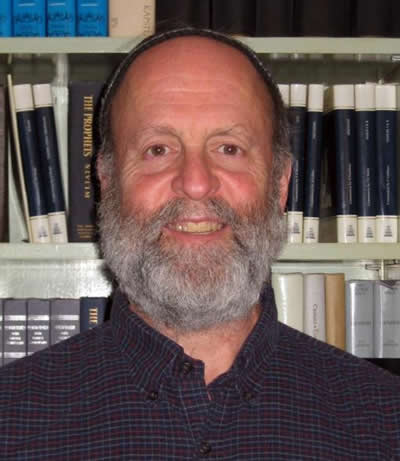 Rabbi Jeff Roth, D.Min., M.S.W. is the founder and Director of The Awakened Heart Project for Contemplative Judaism. He has led over 200 meditation retreats over the last 20 years. He was the co-founder of Elat Chayyim, the Jewish Spiritual Retreat Center, where he served as Executive Director and Spiritual Director for 13 years. He is the author of Jewish Meditation Practices for Everyday Life. He is currently on the faculty of the Jewish Mindfulness Meditation Teacher Training program. He was ordained by Rabbi Zalman Schachter-Shalomi as well as by the Reconstructionist Rabbinical College. Rabbi Roth served for eight years as the Executive Director of B’nai Or which became P’nai Or before its transformation into ALEPH. He lives with his partner Rabbi Joanna Katz in the Hudson River Valley. 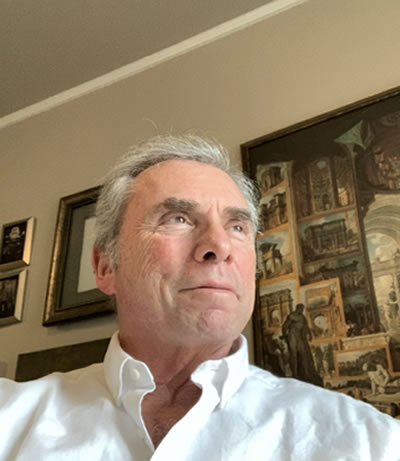 Rabbi Jeremy Parnes was born in London England in 1952 and has spent the last 43 years of his life in Canada and the last 35 years as a resident of Regina Saskatchewan. He has enjoyed three career choices. Originally, he specialized in community development and working primarily for a non-profit housing association in Inner-City London England. Subsequently, he has been involved in sales management and training in ethical sales. Twenty-three years ago he became the spiritual leader of the Beth Jacob Synagogue and in January 2012 received Smicha from ALEPH Ordination Program both as a Renewal Rabbi and Mashpia Ruchani and Spiritual Director. He is a member of the Regina Multi-faith Forum, and has been active on the boards of Habitat for Humanity, Boys and Girls Clubs of Canada and the Inner-City Community Partnership. He currently serves as chair of Regina Prison Chaplins Advisory Committee have served as chair on a number of City of Regina committees relating to low cost and social housing and undertook a visioning and future development project on behalf of the residents of North Central Regina, an inner-city community in crisis. He also previously served as Chair of the Board of ALEPH: Alliance for Jewish Renewal. He and his life-partner Chris have a blended family of four wonderful children and seven beautiful grandchildren.