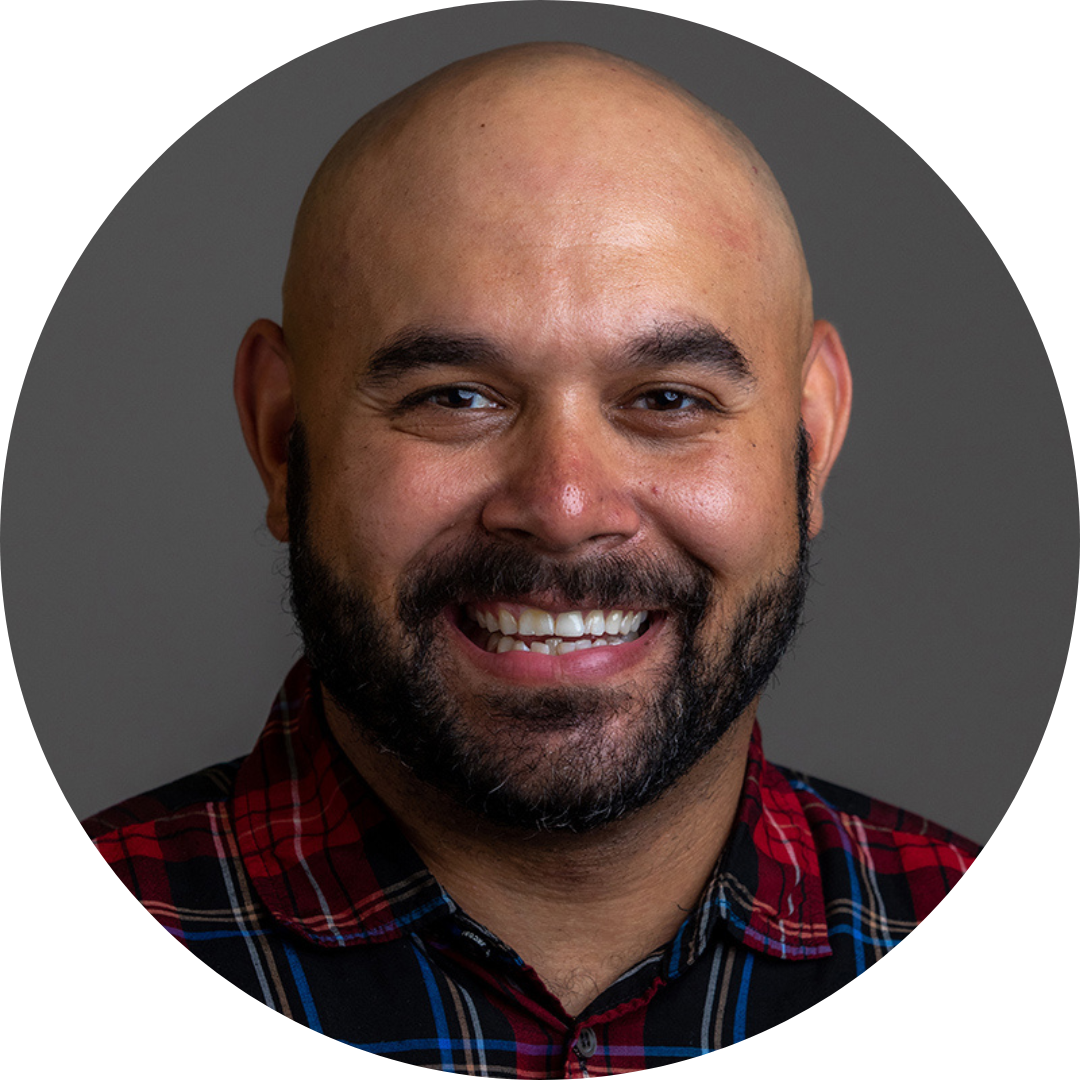 Jamal (Jam’el) Barone earned a BS in Communications from Emerson College in Boston, Massachusetts. Prior to joining ALEPH, Jamal worked in program management for a non-profit, staffed two district legislative offices for the San Francisco Board of Supervisors, and spent four years on the managing board for Metropolitan Community Church. Outside of his professional capacity, Jamal leads street outreach to be the Holy One’s hands and feet in the world. He also collaborates with GOTV organizations to encourage voter engagement in the political process. In October 2022, he and his family moved to Philadelphia where he continues to marry his talents and his purpose in his new surroundings. 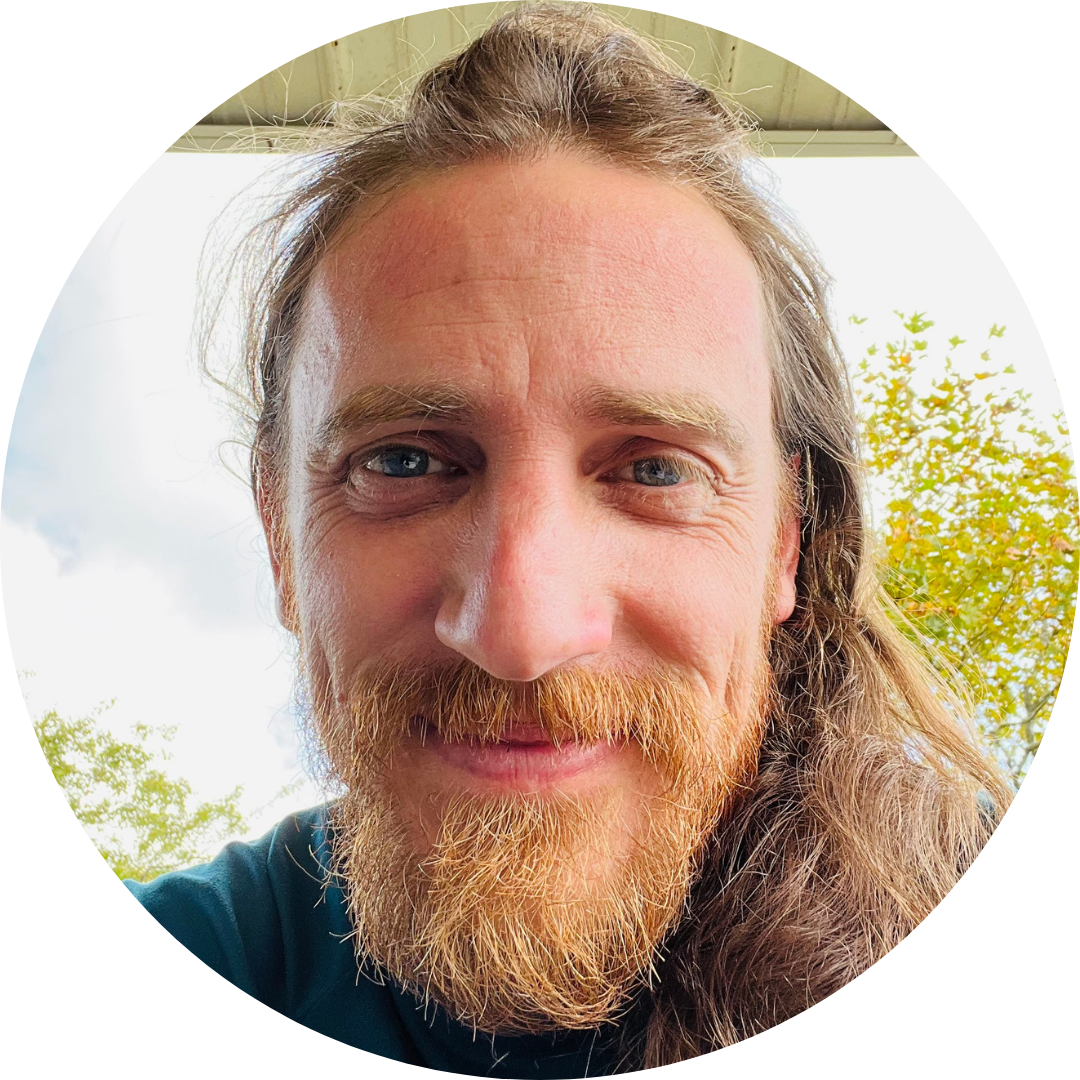 Joshua Blaine is a community songleader/writer, Jewish ritualist & storyteller, and resonant healing facilitator & coach. The grandchild of Holocaust survivors, he was raised in a Reform congregation co-founded by his parents before stepping away from Judaism for most of his twenties. Jewish renewal, Kohenet, and antiracist commitments to reclaiming his own lineage as a songleader brought him back to an earth-based, joy and resistance-fueled Judaism. His professional and organizing work – primarily with men and white folks – is grounded in practices of nonviolence, relational neuroscience and resonance, Jewish ritual and mysticism, cultural organizing, and the profoundly personal and ongoing processes of unlearning patterns of patriarchy and white supremacy – individually and collectively – for a more just and peaceful world. An alumnus of the ALEPH Kesher Fellowship (2020), he currently serves as the program’s co-director. 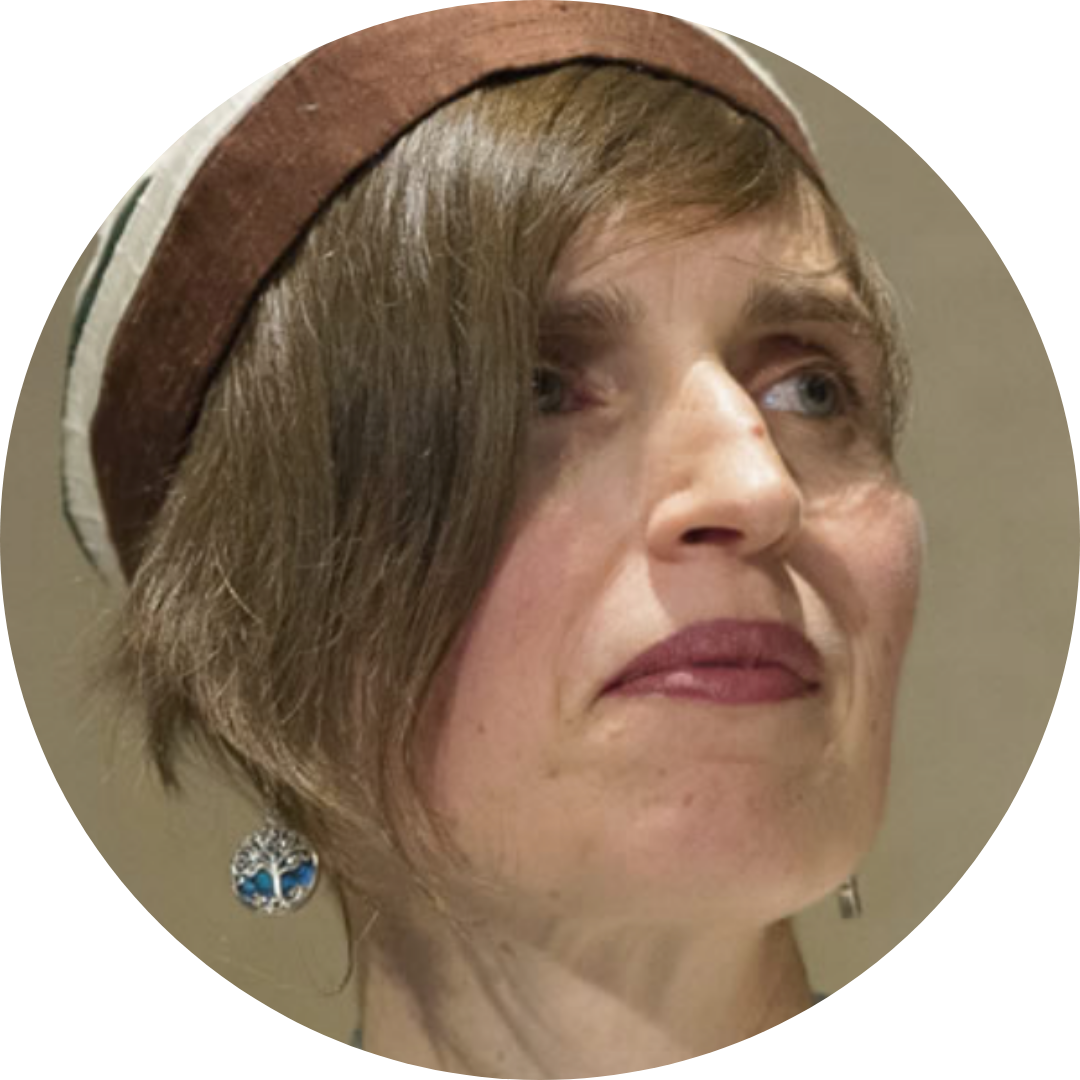 Hazzan Diana Brewer was ordained through the ALEPH Ordination Program, where she now assists the Cantorial Program and student affairs. She is on the faculty of the Davennen’ Leadership Training Institute (DLTI) and serves as hazzan at the Jewish Community of Amherst in Massachusetts, leading Shabbat, weekday, and High Holy Day services. Also finding joy in teaching, she tutors individuals in voice and hazzanut, and works with B’nei Mitzvah students. She came to hazzanut from an active professional life in Early Music performance as a singer and string player. She earned her Master of Music at the Longy School of Music in Cambridge, MA. 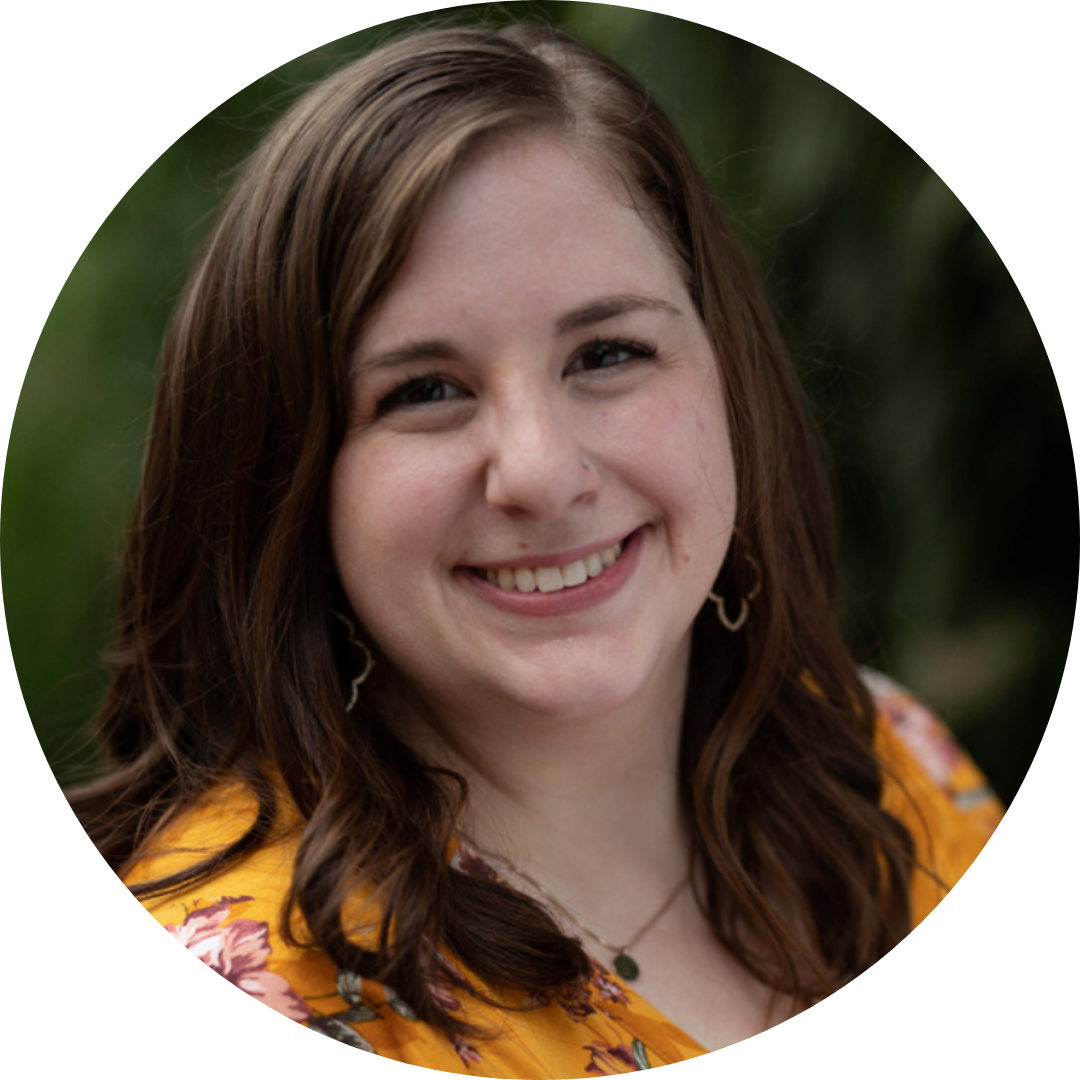 Stephanie has a passion for event planning and management which spans virtual events, in-person conferences, galas, fundraising events, and so much more. Prior to ALEPH, Stephanie worked in both rare disease advocacy and education justice. When not creating spaces for soulful Renewal connection, Stephanie can be found spending time with her loving husband, Aaron, and their rescue dog, Katonah. 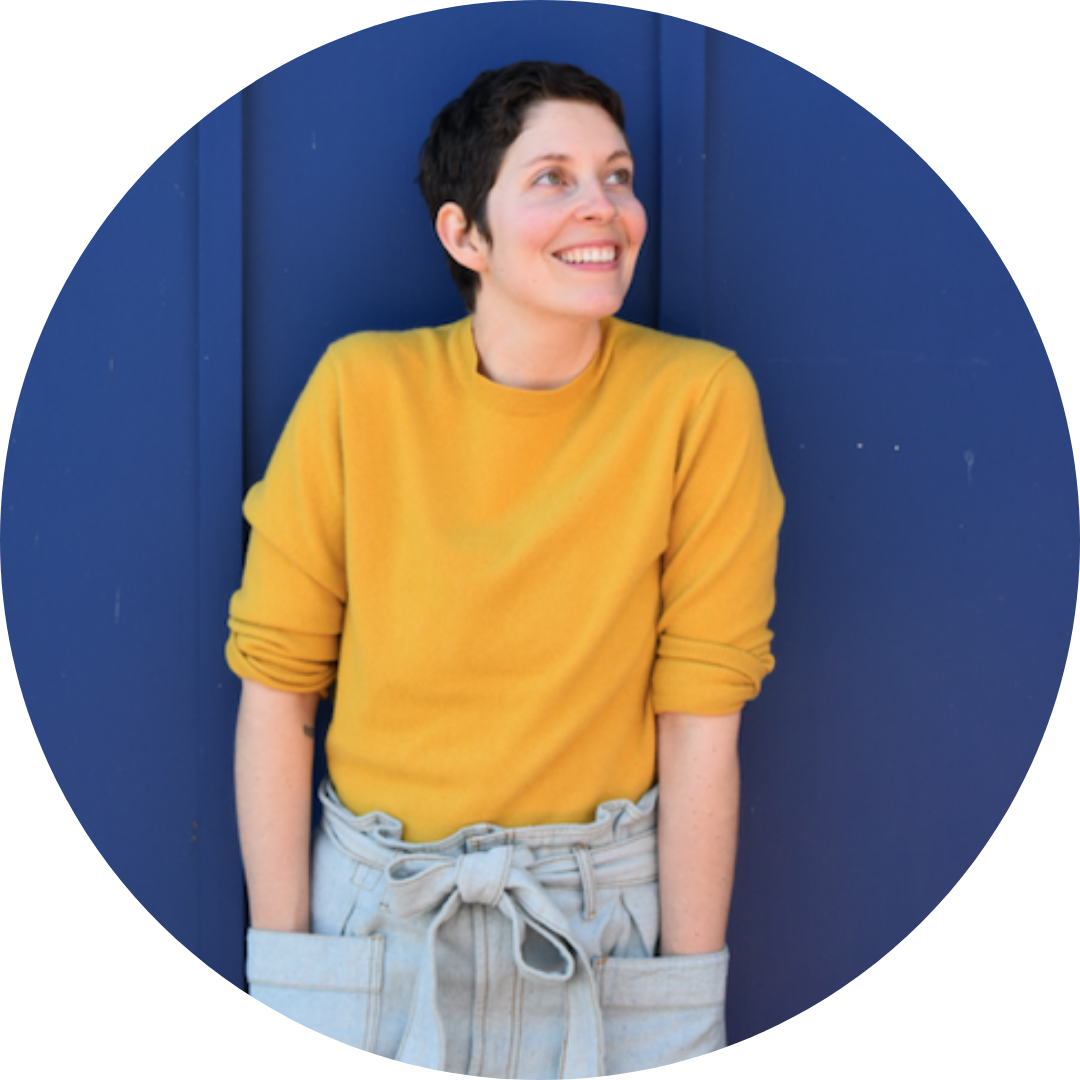 Quinn Diacon-Furtado believes creativity is a spiritual practice. Their work as a writer spans across multiple genres including grants, editorial nonfiction, fantasy, and picture books. Regardless of the forum or topic, Quinn grounds their work in the values of community, inclusivity, and creativity. They prioritize authentic relationships and assets-based thinking as the root of ethical fundraising and network building. Quinn holds a BA in Latin American Studies and Anthropology from the University of Virginia. In 2021, they received their MFA in Children’s Literature from Hollins University. They live with their partner on Mohican lands, also known as Upstate New York 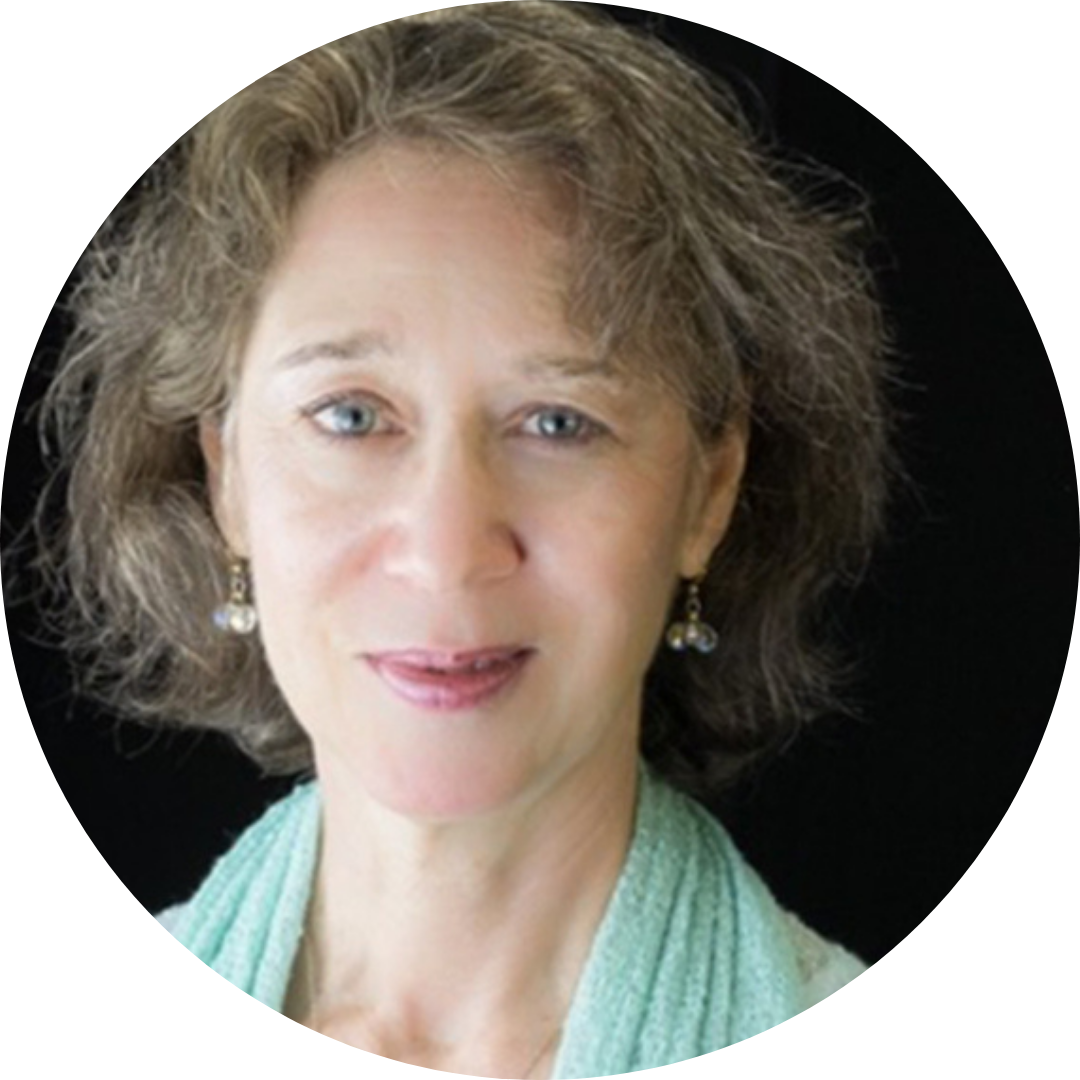 Rabbi Diane Elliot, based in the Bay Area, is a spiritual teacher, ritual leader, dancer, writer, and somatic therapist who inspires her students to become clearer channels for Presence through awareness and movement practices, dance, chant, and nuanced interpretations of Jewish sacred text. For six years she directed ALEPH’s Embodying Spirit, En-spiriting Body training program, and she continues to work to bring the essential wisdom of the Jewish path to diverse Jewish and interfaith groups. 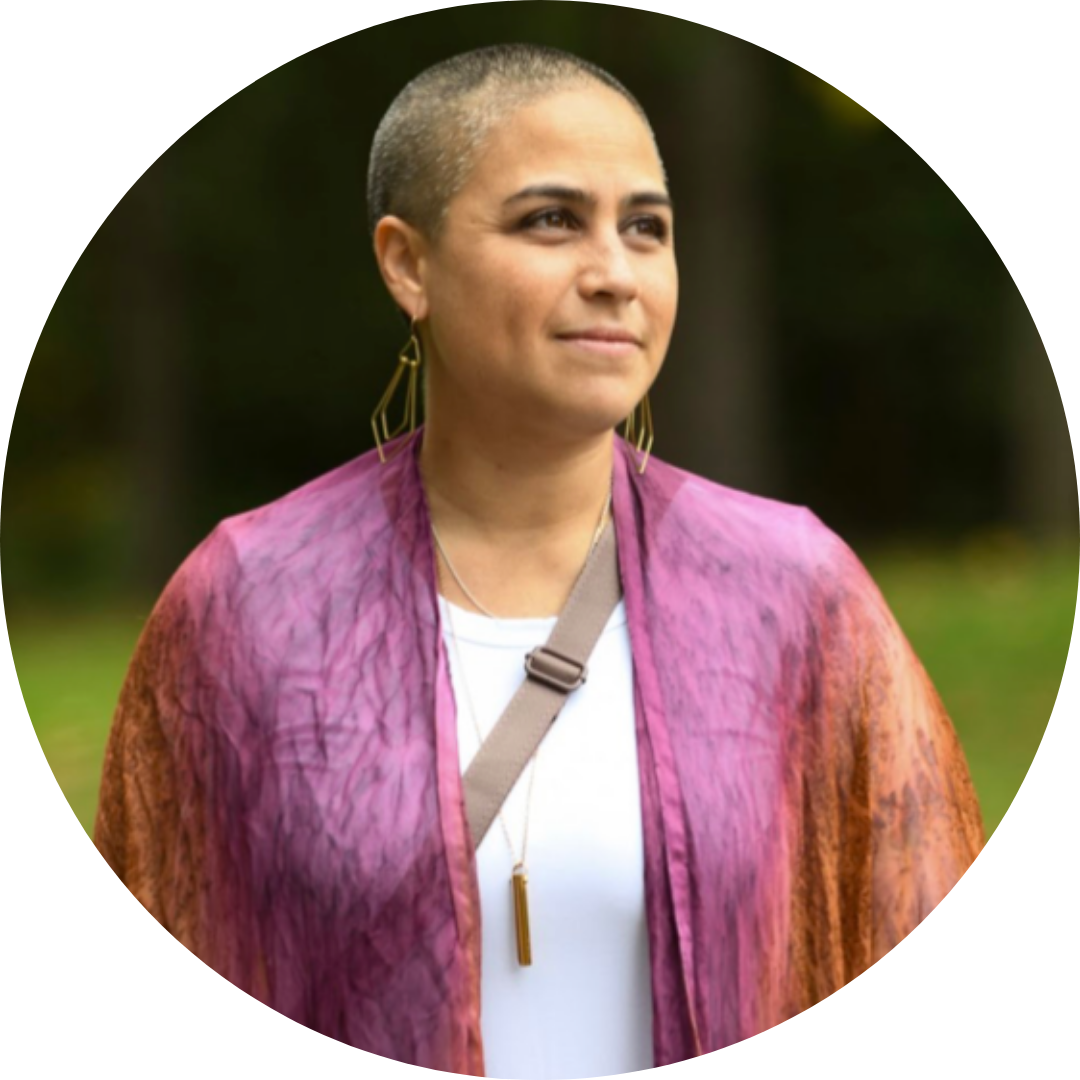 Kohenet Keshira haLev Fife (she/they) sprinkles sparkles, disrupts expectations, and offers blessings wherever she goes. She serves as Oreget Kehilah (Executive Director) of the Kohenet Hebrew Priestess Institute, founder/co-leader of Kesher Pittsburgh, Program Director of the ALEPH Kesher Fellowship, Lead Facilitator for Keshet’s GLBTQ+ Jewish Youth of Colour programming, and member of the leadership team of the JOC Mishpachah Project. Additionally, she delights in serving as a shlichat tzibbur, life spiral ceremony/ritual creatrix, liturgist, songstress, teacher, and public speaker. Her work in these realms is informed by her lived experience as a queer Jewish Woman of Colour and the quandaries she encounters as a scholar of the Orphan Wisdom School. Keshira received Kohenet smicha in 2017 and earned her BS 2000 and MS 2001 at Carnegie Mellon University. Dual-citizens of the USA and Australia and avid travelers, she and her beloved are currently leaning into stillness and sheltering-in-peace on Osage and Haudenosaunee land also called Pittsburgh, PA. 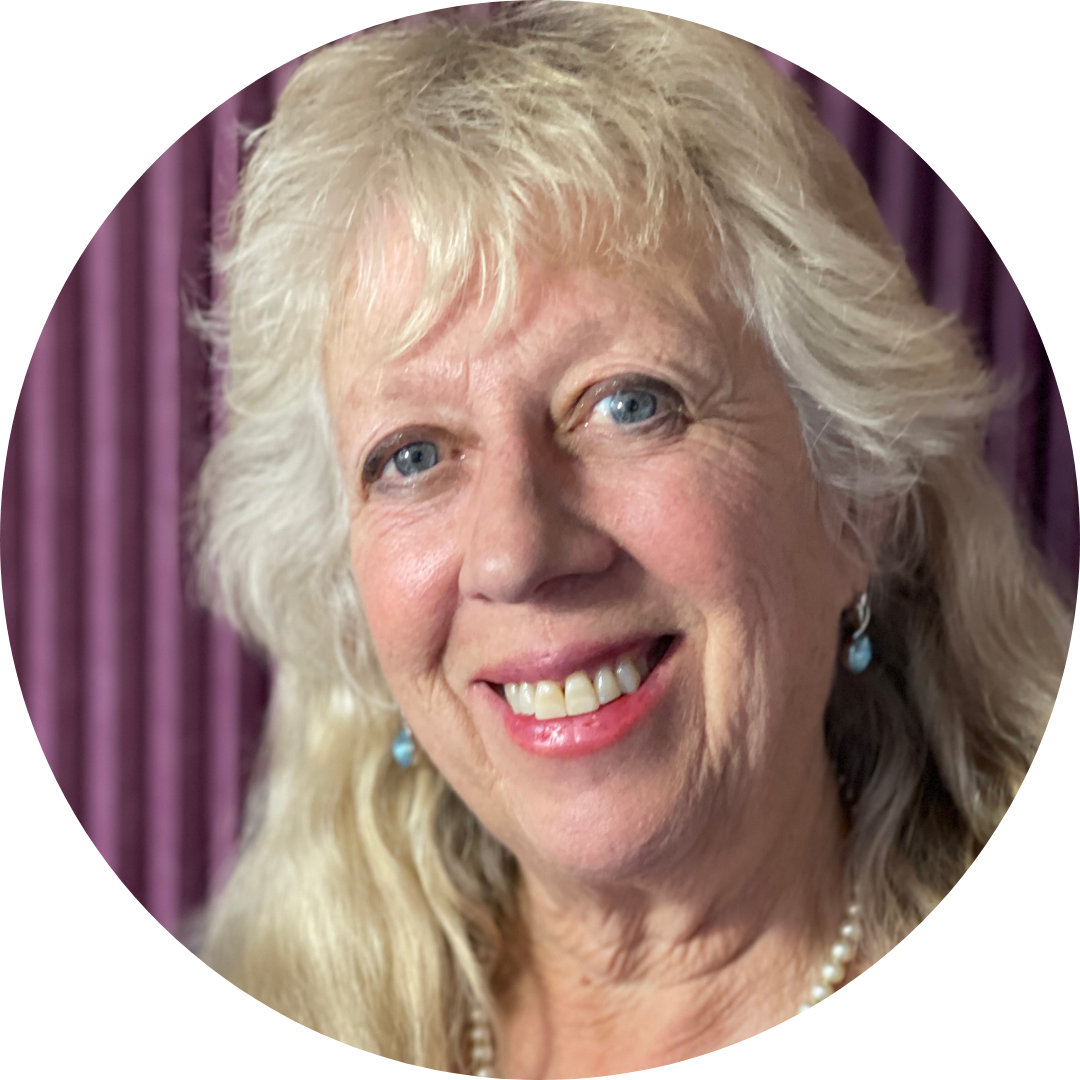 Shefa received her ordination both from the Reconstructionist Rabbinical College and from Rabbi Zalman Schachter-Shalomi z”l. She is the director of C-DEEP: The Center for Devotional, Energy and Ecstatic Practice, and was named “One of the 33 Most Inspiring Rabbis in America,” by the Jewish Forward. Her latest project is called SOULIFT, a one week immersion in spiritual practice designed to lift us into the Soul perspective. Shefa combines her grounding in Judaism with a background in Buddhist, Christian, Islamic, and Native American spiritual traditions to make her uniquely qualified as a spiritual bridge celebrating the shared path of devotion. 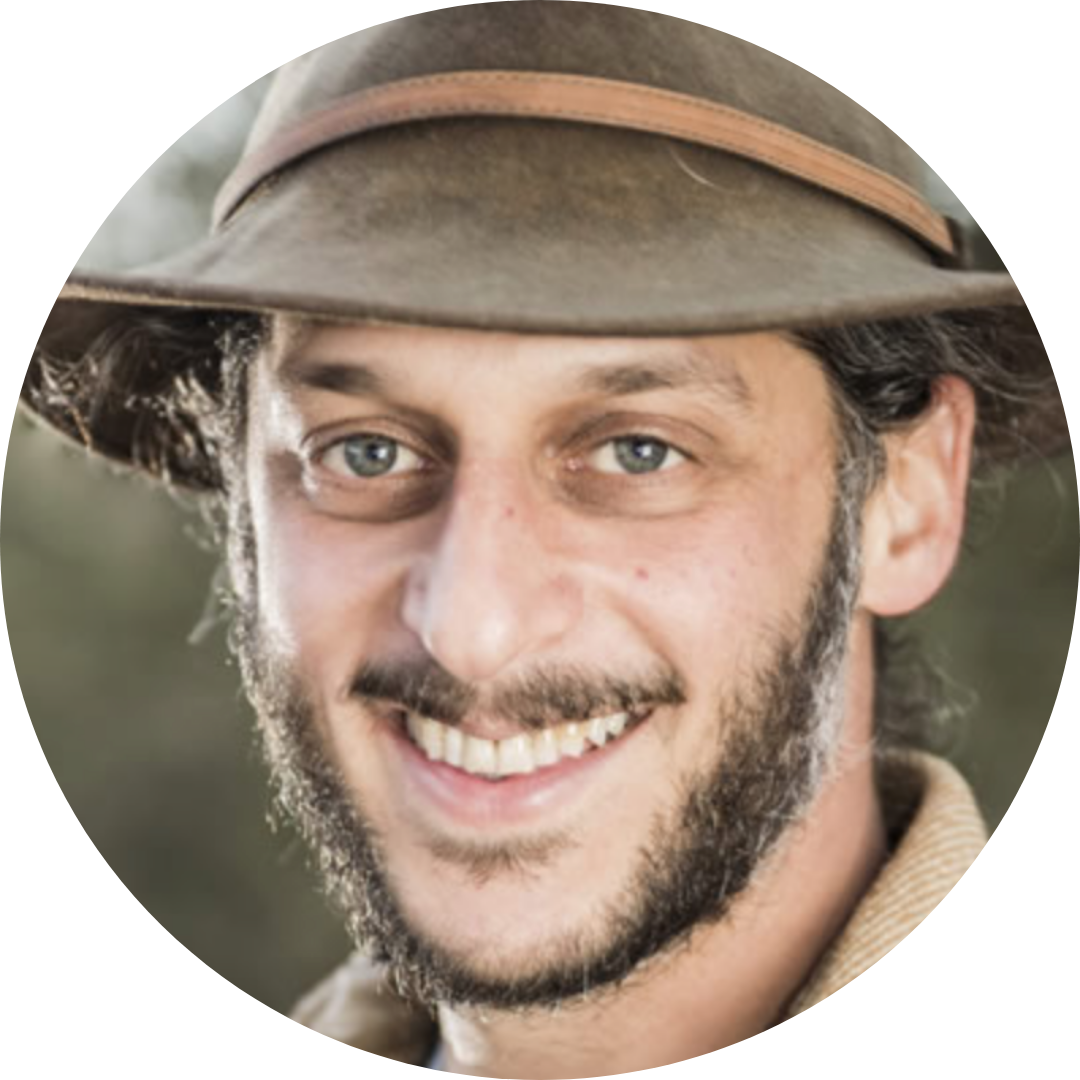 Rabbi Zelig Golden is the Executive Director of Wilderness Torah. He received rabbinic ordination from ALEPH: Alliance for Jewish Renewal, supported by the Wexner Graduate Fellowship, and was previously ordained Maggid by Rabbi Zalman Schacter-Shalomi z”l. Rabbi Zelig holds a Masters in Jewish Studies from the Graduate Theological Union. He previously worked as an environmental lawyer protecting food and farms and has long guided groups into the wilderness. Zelig livesin Occidental, CA, with his wife, Rachel, and his kids, Emma and Ilana. 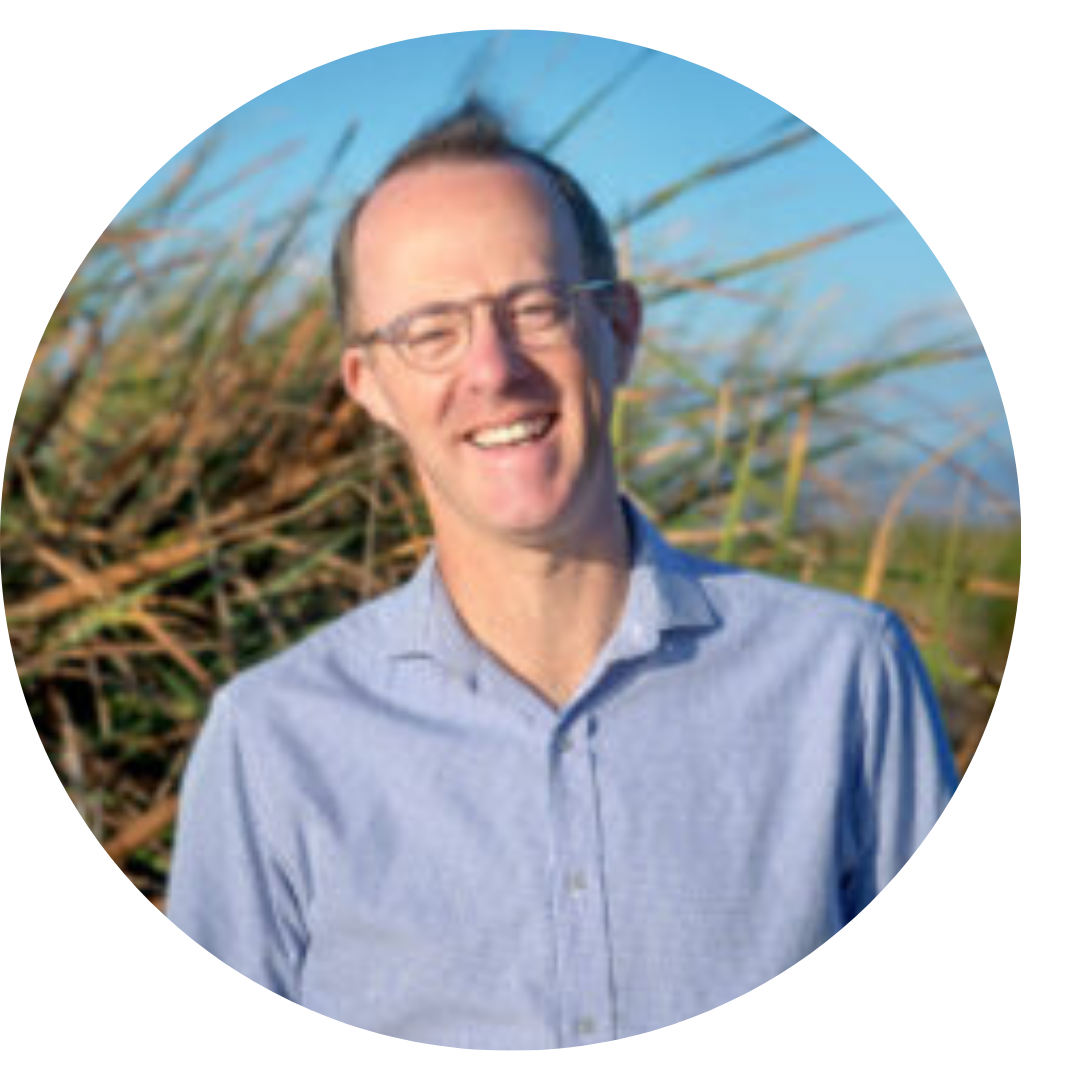 Prior to becoming AOP Dean, Rabbi Kleinberg served for three years (2019-2022) as Visiting Scholar/Senior Researcher with the Concentration in Education and Jewish Studies at the Stanford University Graduate School of Education, where his research focused on pedagogies of spiritual transmission.

Rabbi Kleinberg has also served as Head of School at Kehillah Jewish High School in Palo Alto, CA (2013-2020) and was the Founding Executive Director of Valley Beit Midrash in Phoenix, AZ (2007-2013).

Rabbi Kleinberg holds a Ph.D. in Religious Studies, received Orthodox rabbinic ordination, and is the author of Hybrid Judaism: Irving Greenberg, Encounter, and the Changing Nature of American Jewish Identity (2016). 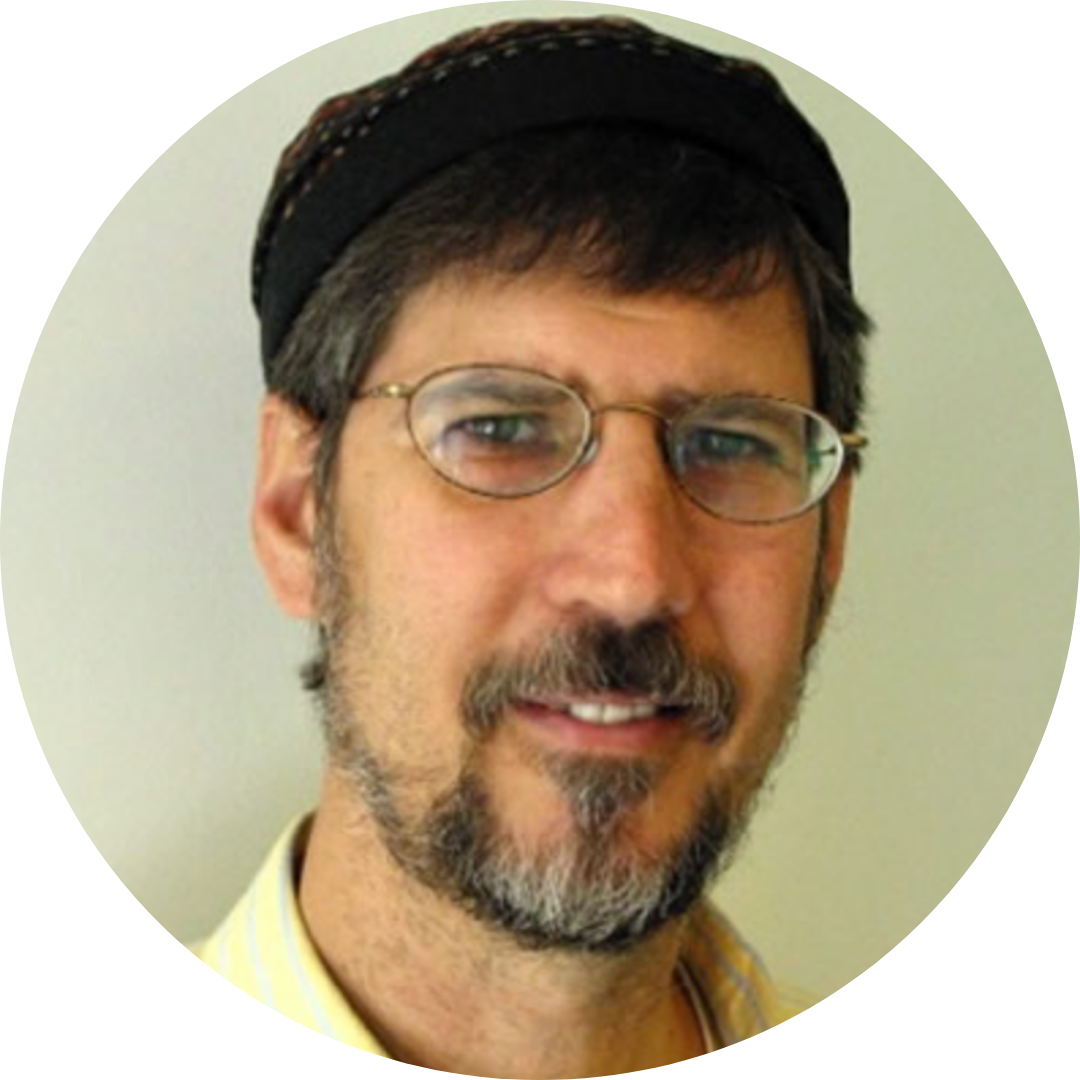 Rabbi Natan Margalit was raised in Honolulu, Hawaii. He received rabbinic ordination at The Jerusalem Seminary in 1990 and a Ph.D. in Talmud from U.C. Berkeley in 2001. He has taught at Bard College, the Reconstructionist Rabbinical College and the Rabbinical School of Hebrew College. Rabbi Natan is Founder of Organic Torah, a non-profit which fosters holistic thinking about Judaism, environment and society. Natan is a member of the Va’ad (steering committee and core faculty) of the ALEPH Ordination Program. He lives in Newton, MA, with his wife, Ilana, and their two sons. 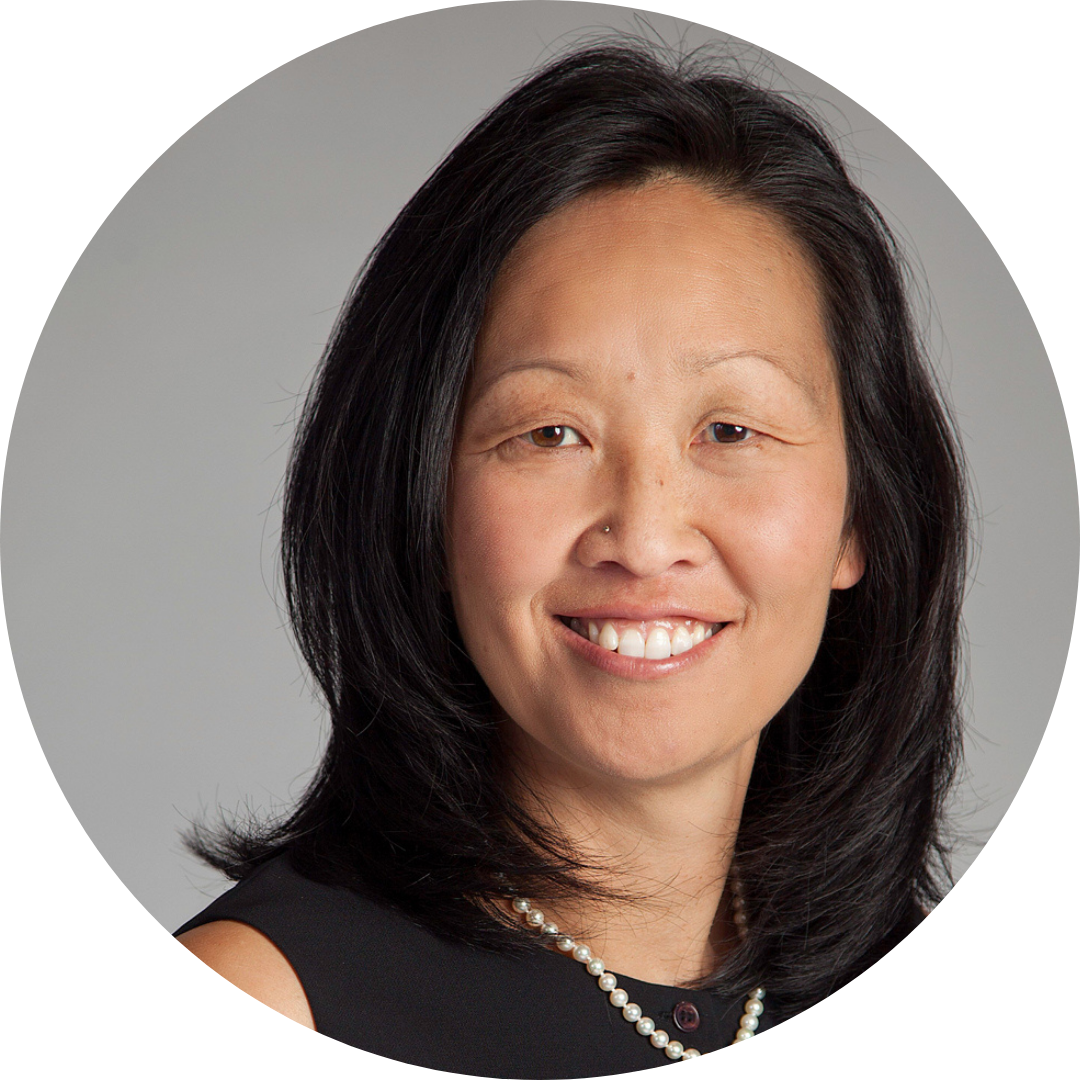 SooJi Min-Maranda believes in the power of personal stories. Whether providing direct services, advocating for policy change, or fundraising for nonprofit organizations, Ms. Min-Maranda begins with personal narratives that illustrate the need for programs, policies, and resources that raise the voices of those underserved and underrepresented in mainstream society. A seasoned nonprofit executive with 18 years of experience, Min-Maranda brings a for-profit mindset to the nonprofit arena. She advocates for racial justice, strategic partnerships and efficient, effective resource allocation.

Previously, Min-Maranda was the executive director of Temple Beth Emeth, a 600+ member reform Jewish synagogue in Ann Arbor, MI; the Illinois Caucus for Adolescent Health (ICAH), a nonprofit policy and advocacy organization that focuses on adolescent sexual health and parenting; and Korean American Community Services, a comprehensive social service agency in Chicago. The Asian Health Coalition of Illinois presented her with its Outstanding Community Health Advocate Award in 2008.

She is currently in the seventh cohort of the Schusterman Fellowship and the fourth cohort of the Jewish Women’s Foundation of New York Collective. She recently completed Cohort 3 of Leading Edge’s CEO Onboarding Program for high-level organizational leaders in the American Jewish community. Min-Maranda served on Governor Quinn’s Illinois Human Services Commission from 2010-2012 and is a member of the Selah Leadership Program’s National Executive Cohort 9. She was a 2010 Chicago Community Trust Fellow and a 2010 Chicago Foundation for Women Impact Awardee. She is a 2007 Illinois Women’s Institute for Leadership Delegate and a 2006 Leadership Greater Chicago Fellow. A graduate of Barnard College, Min-Maranda holds master’s degrees from Northwestern University and The University of Chicago. 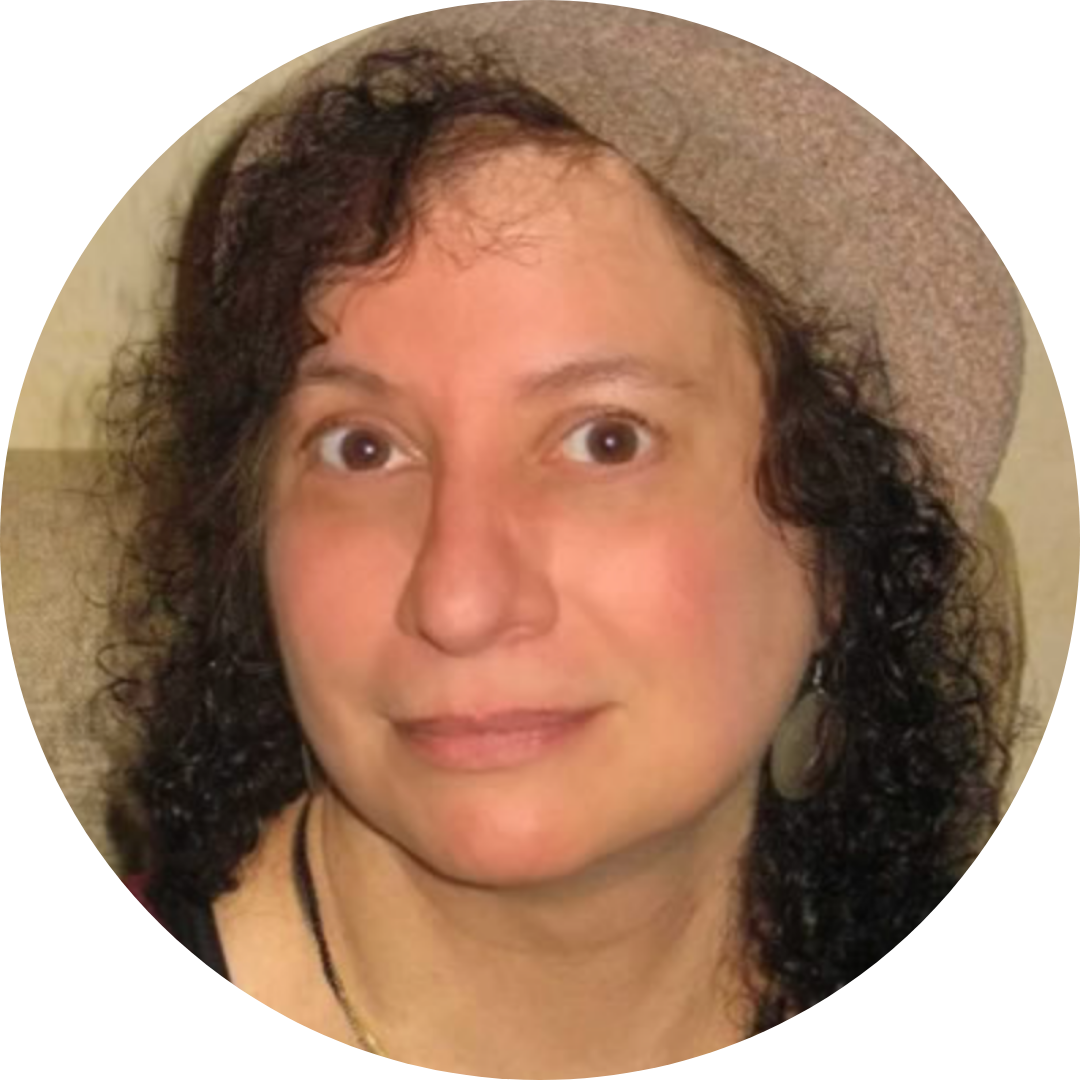 Rabbi Marcia Prager, MFA, MHL, D.Min.h.c., is the founding Dean of the ALEPH Ordination Program. She serves as Director of the AOP Rabbinic Program where she also teaches Jewish spiritual practice and the Jewish Lifecycle Training sequence of courses and practica. She co-directs and teaches in the prize-winning Davvenen’ Leadership Training Institute, and serves as rabbi of the P’nai Or Jewish Renewal Congregation of Philadelphia, PA. She is a graduate of the Reconstructionist Rabbinical College and also received personal smicha from Rabbi Zalman Schachter-Shalomi z”l. She is the author of The Path of Blessing, a contemporary hasidic text exploring the Jewish practice of blessing, published by Bell Tower and later by Jewish Lights, and has created the P’nai Or Siddurim for Shabbat and other innovative compilations of prayer and liturgy. In 2010, she was selected by the Jewish Daily Forward as one of the Top Fifty American Female Rabbis. 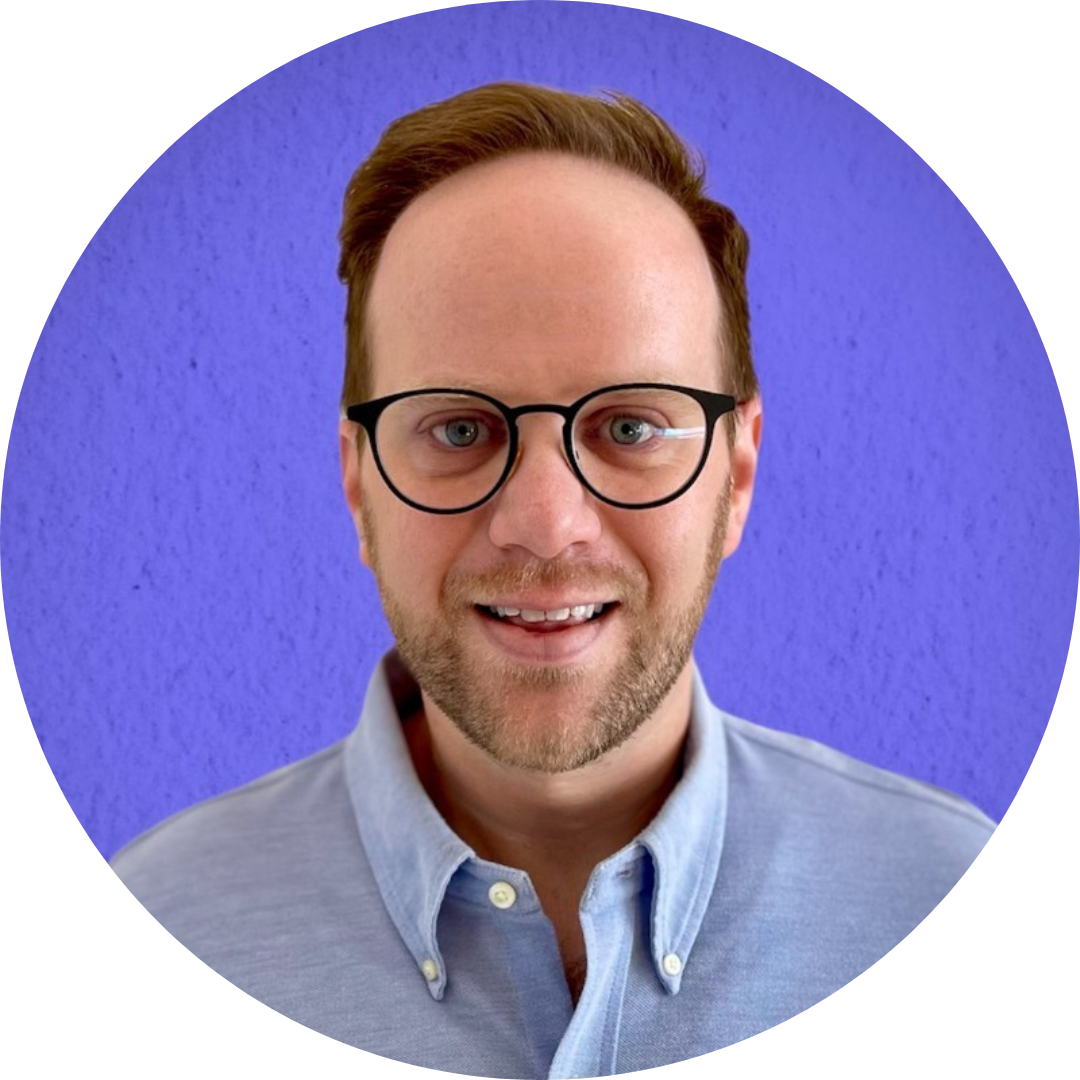 Sam Price began his career as a musician performing with the Bern Symphony, Zurich Opera, and the LA Philharmonic. In 2005, he founded his first company that’s mission was to help under-resourced musicians market themselves and host live-stream events. In 2016, he co-founded a fast-growing, bay area company that specialized in creating young-adult orientated events for performing arts organizations. He continued event managing in 2019, accepting a programming position with the Israel Philharmonic. In his free time, Sam enjoys studying Kabbalah with his wife Isabel, growing his small publishing company, and volunteering with the ADL and Dorot.. 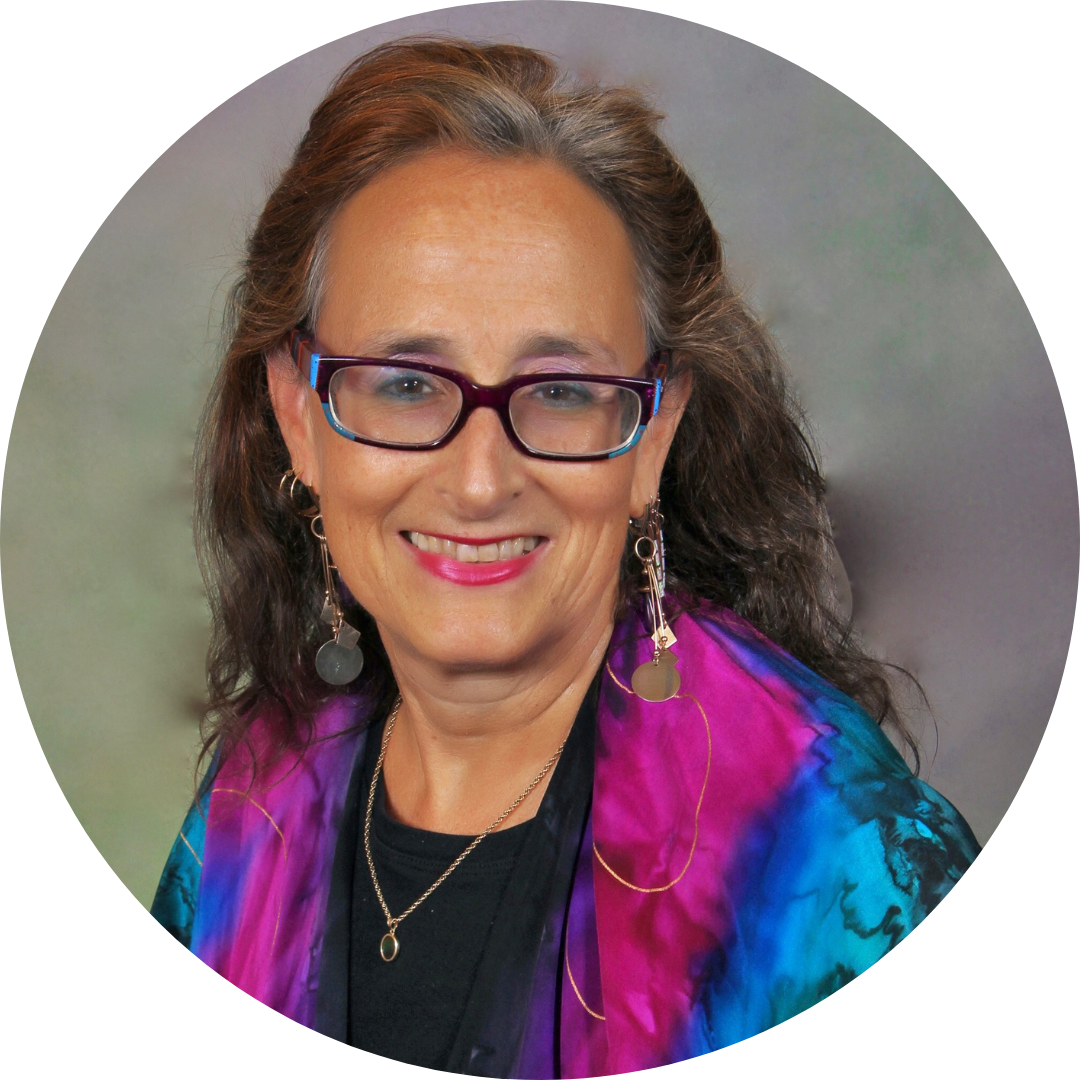 Rabbi Geela Rayzel Raphael is an “unorthodox” visionary rabbi. As Director of Spiritual Arts at ALEPH, Reb Rayzel curates special programs to enhance community and shine a light on Jewish creativity. She has a private practice for lifecycle events in the Philadelphia area. Previously, has served four congregations and currently is the spiritual leader for Darkaynu. Geela Rayzel is a singer/songwriter/liturgist (with 6CDS to her name); and author of two children’s books: Angels for Dreamtime & New Moon. Rabbi Rayzel offers musical Shabbat services, concerts, and leads Jewish spiritual travel adventures. For more information on all her many projects, including the forthcoming Shechinah Oracle deck, see her website www.Shechinah.com 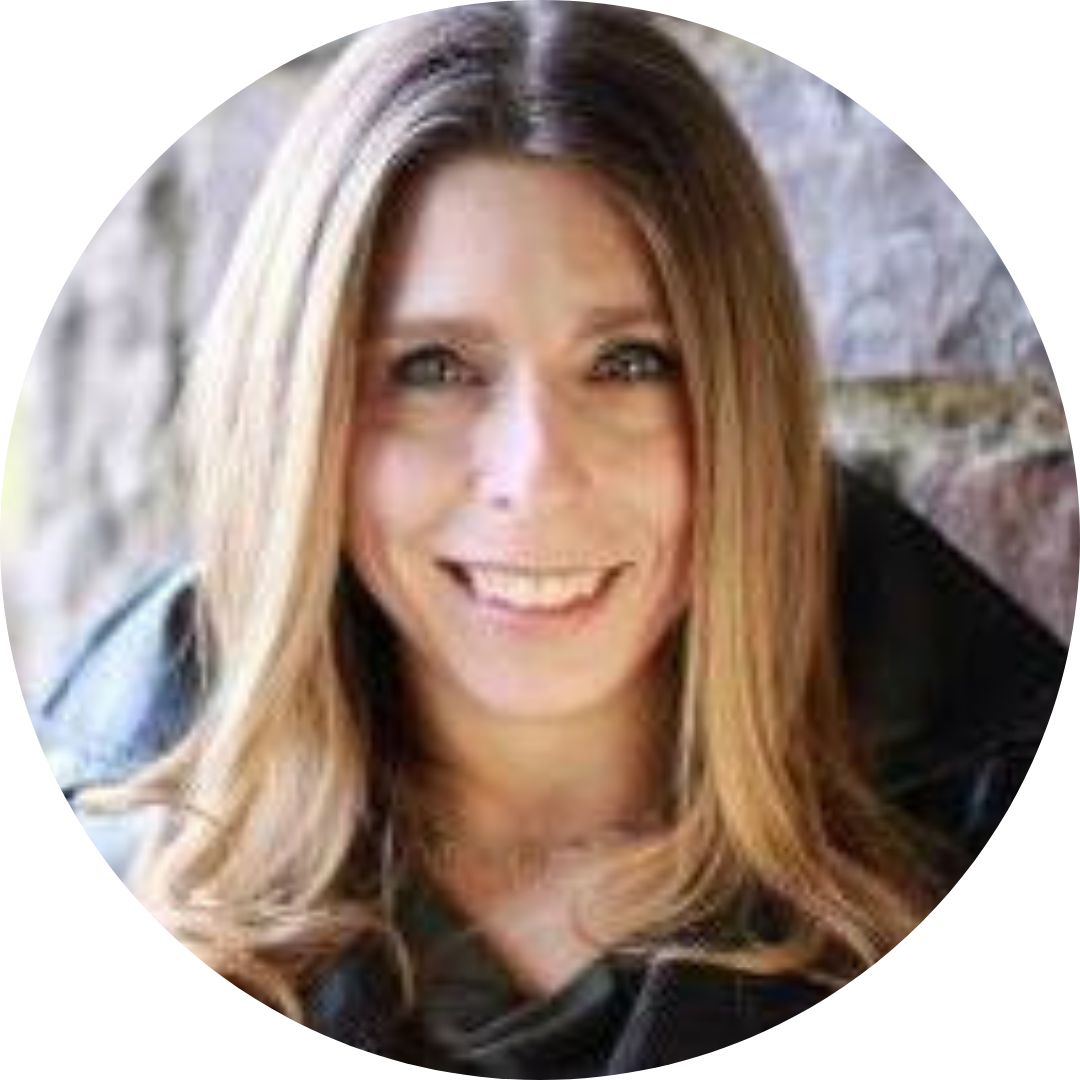 Lynda believes that one of the greatest blessings in life is to love what you do, and for her it’s accounting – the precision of her work and the knowledge that it’s making a difference makes her happy. After beginning college expecting to become an engineer, she spent many years in different industries as a full charge bookkeeper, freelance bookkeeper, CFO and business manager before finding her home in the non-profit finance world working with a variety of different religious, educational, historical and arts organizations. She has helped to build several businesses from the ground up, including being an integral part of setting up systems and technology. Her goal is always to ensure that all accounts reconcile and all accounting is compliant with the letter of the law. Of course, the greatest gifts she’s been given are her two children, who are an accountant and an engineer! When she’s not engrossed in spreadsheets and accounting software, you’ll find her running trails, hiking up tall mountains, or riding her motorcycle into the sunset.